Look, I think the title says it all, so I won’t bother with a long, boring, unnecessary intro.

Starting at 5 and working backwards…

5 – The Beauty Between by King’s Kaleidoscope

I knew The Beauty Between would make the list, I just didn’t know where. I guess it slid into number 5.

King’s Kaleidoscope’s past albums are part of the reason why this new one makes the list. As a group they have consistently produced phenomenal albums. Their sound is unique. Their style, distinguishable; their passion, unmistakeable. Exhibit A: A Prayer (Explicit) on their previous album.

As I mentioned earlier, The Beauty Between is another great edition from Kings Kaleidoscope. I could go on and on, but I’ll save my word count for numbers 1 through 4. Find it. Listen to it, and you’ll certainly enjoy it.

Here’s my only critique: The album was too short. There’s only 10 songs, 2 or 3 of which are instrumental-type interludes.

from the song “Safe Retreat”

4 – All Things Work Together by Lecrae 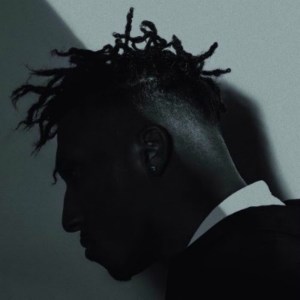 Back in middle school, I loved Lecrae. I loved rap music, and then I grew up and my music taste changed. I stopped listening to rap, and instead listened to hipster indie albums in the likes of Father John Misty or something weird like that. All that to say, choosing Lecrae’s All Things Work Together was, in a way, a big step for me, but also maybe one of the easiest to include in this list.

Plain and simple, here’s why Lecrae’s album is number 4: For the first time in a long while, I have found a voice not afraid to find within the gospel of Jesus a command to speak out against and attempt to change the social injustices in the world. Lecrae speaks directly to the racial oppression of African Americans through the social system in the United States. Regardless of your personal opinions on racial issues in our country, what shines through Lecrae’s tracks is a hope and belief that all things truly do work together for good, even as Lecrae sees his own friends and country ignoring, disdaining, and even attacking some of his own deepest beliefs and cultural experiences.

This album is huge. As a white Christian in particular, you need to listen to it; or I should say, we need to listen to it. You don’t have to agree with everything, but listen and seek to understand what our black brothers and sisters are experiencing and feeling in our messy social system. Lecrae’s album tackles this mess, along with things like fear, depression, growing up poor, and a slew of other difficulties that are ultimately placed in light of the hope of the gospel. Lecrae’s album shows how firmly he believes, as every Christian also should, that “it’s gon’ all work out, sooner than later.”

They say, “Jesus was Conservative”
Tell ’em, “That’s a lie”
No, He not a Liberal either if you think I’ll choose a side
They say, “‘Crae, you so divisive, shouldn’t be a black church”
I say, “Do the math, segregation started that first!”

from the song “Facts” 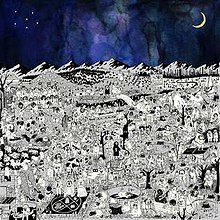 Most will not have heard of this particular album, and for good reason. This is not a Christian album by any stretch of the imagination; in fact, it attacks the absurdity of certain aspects of Christianity, in addition to the ridiculousness of technological addiction and other aspects of humanity that deserve a little criticism. However, Josh Tillman (aka Father John Misty) actually points things out about religion and humanity in general that I have always thought odd too. You may find yourself strangely nodding in agreement at some of his songs. Certainly not all, but some.

I’ve included it because of the insight it has given me into those asking questions of Christianity and also how non-believers might perceive the church. A huge part of reaching out to someone is understanding who they are, what they believe, and where they’re coming from. If the church wants to open meaningful dialogues between itself and atheists or people who just don’t care about God, this album is a great place to start. Listen with an open mind and expect to cringe at some of FJM’s lyrics, since most will go against traditional Christian beliefs.

Pure Comedy, in a strange sense, is a type of worship album for atheists and agnostics. I jokingly think of FJM as the anti-John Mark McMillan. Both have astounding lyrical quality while maintaining a unique sound.

Look, this album is important for Christians living in a modern-minded culture. It will challenge you, it will make you uncomfortable, but the insights gained from sincerely listening to it will, I believe, grant a type of understanding between two wildly different perspectives, and will ultimately help close the gap between Christians and a world who just doesn’t get religion. After all, Christians are called to move towards the other and the outsider. And that’s why it’s number 3.

Here’s my only critique: Father John Misty has some really, really weird and wacky ideas that can become too confusing as he tries to work them into his album.

Oh, it’s just human, human nature
We’ve got these appetites to serve
You [God] must not know the first thing about human beings
We’re the earth’s most soulful predator
Try something less ambitious the next time you get bored

Oh, my Lord
We just want light in the dark
Some warmth in the cold
And to make something out of nothing sounds like someone else I know 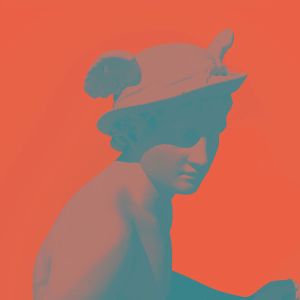 John Mark McMillan has done it again. In his latest album, he masterfully combines rich lyrical quality with an amazing, almost 80s-esque sound (think like a stranger things kinda vibe). Over and over, John Mark McMillan has produced amazing albums. With historical songs like How He Loves and Skeleton Bones, one ought not be surprised at the most recent in his career.

Of the five albums I chose, JMM’s Mercury and Lightning has the best sound, and the catchiest tunes. His lyrics often have a deep symbolic meaning that take multiple listens to untangle what exactly he is intending by phrases like the album’s title, “Mercury and Lightning.”

This made the number three mostly because it’s some of the best (in my humble music taste opinion) Christian music out there, instrumentally, vocally, and productionally (if that’s a word). John Mark McMillan produces an album on par with some of the better “secular” albums, but everyone of his songs has distinct (and often overt) Christian underpinnings. I could also listen to this album on repeat for a while. He’s also my all-time fav musician. Look, I guess you could say I really like John Mark McMillan.

Here’s my only critique: Sometimes his lyrics are too clever. You can get lost in the intricacies and it sometimes distracts from the overall quality of his songs. Also, not all of his songs are amazing, unlike my choice for number 1’s songs.

When I was young
I thought I would become
Someone different than who I find myself to be
But in my weakness, I’ve come to believe
That who I am is greater than me…
Of who I once dreamed

from the song “Persephone” 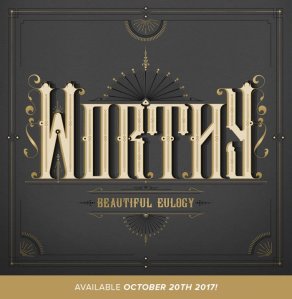 Wow, if you want theological depth, if you want to put a song on repeat and even after 10 listens still discover insight, if you want good vibes, catchy tunes, and great backtracks, this is the one for you. I could tell you about them, or I could let their website speak for themselves :

“Beautiful Eulogy is a Portland, Oregon-based group made up of artists Braille, Odd Thomas and Courtland Urbano. The group introduces a distinct and directive sound that’s driven by a desire to worship and glorify the God of the Bible, based in the context of its members’ hip-hop roots and shaped by influences like electronic music, folk songs and old hymns.”

Let me tell you, that’s my kind of music. In fact, King’s Kaleidoscope’s frontman Chris Gardner makes an appearance on this album (and vice versa, Braille raps a verse on a song on The Beauty Between).

I discovered this group my sophomore year in college and I have loved just about every one of their songs, from all three of their albums (Beautiful Eulogy, Instruments of Mercy, and now Worthy). It’s tempting to classify this particular album as rap, but it’s so much more than that. Imagine a collection of lyrically written sermons, put to music and you’ve got Worthy. Or imagine a type of spoken word / sermon jam, with hip hop style instrumentals as background and you’ve got Worthy.

The album takes a critical look at “token” words found in Christianity and attempts to sincerely ask, “What do these words even mean?” Indeed, what does someone imply when they speak about the “sovereign” Lord or the “messiah” ? Beautiful Eulogy won’t answer such questions outright, but with each verse they will provide an increasingly meaningful frame by which to approach the conversations surrounding such complex words. Expect to be theologically and spiritually refreshed. This is not a sing along album, but a sit-and-contemplate-God album, although after enough time you will find yourself trying to rap along.

So do yourself a favor, find this album on whatever streaming service you have, set aside 40 minutes or so and just soak up sounds and lyrics that consistently point the listener heavenward. Every single one of the songs on this album is good, and I mean goooood. I tried to think of my favorite song, and I couldn’t, because they are all my favorite. That’s why Worthy by Beautiful Eulogy tops out my list.

Here’s my only critique: none.

This world exists cause You’ve commanded it
So is Your hand in it?
Or have you handed it over to man and turned away and abandoned it?
Did you try your best and then left man to handle the rest?
Will your plans find success or should we second guess
When world leaders all deceive us, eager to puff their chests?
Is life a game of chess? Do you have these kings in check?
With so much evil how can we believe you’re good?
But I finally understood when I saw that man nailed to wood

from the song “Sovereign”

Why is music important as a Christian? What about the arts in general? You’ll have to wait for my next blog post to find out. Or, I suppose, you could find out on your own.

What other albums should have made the list? What are you top 5 albums of the year, or even your top songs of the year? Comment on Facebook or below on the WordPress website. I’m always looking for new music, so be sure to let me know your favorites!

"Everything is going to be ok." View all posts by Seth Brown

This site uses Akismet to reduce spam. Learn how your comment data is processed.