In the words of Samwise Gamgee, “Well, I’m back…”

After three months abroad, I have somehow found my way back to Yukon, Oklahoma, and now I’m in that stage of processing we all go through after something monumental has happened. Expect a Proust-style stream of consciousness type of blog/life update/lessons learned from traveling. Also, pictures. Lots of pictures. Like this one.

We’ll start with some of the lessons I learned while traveling:

1) Travel fatigue is a real thing.

Sometimes, you just have to stop doing what you’re doing, stop traveling, stop working, stop everything and rest. Do nothing. Take a nap. Spend a day at a coffee shop. Go for a run. Whatever it is that restores you mentally, you need to do it. Traveling for every weekend over the course of three months will make you realize that. And, you need to have sufficient energy to enjoy the things you want to enjoy. What’s the point of seeing masterpieces of art if you can’t engage in them and enjoy them because you’re yawning the whole time or fighting off a headache? People who say you can sleep when you’re dead are dumb. Sleep is essential for enjoying life. Sometimes you get lots of it, sometimes you don’t get enough, but be sure to prioritize your rest. For me, that meant lots of coffee breaks.

2) It’s okay if you don’t get to see or do everything you wanted to.

It will always give you the excuse to come back. Also, it’s a fact of life that you will not get to see and do everything you want to. I wanted to see La Sagrada Familia (big famous gothic-style church) in Barcelona, but for some reason, I never managed to make the time to go see it. Oh well. The world is too big for one person to experience it all, so enjoy the path that you personally pick, which leads me to my next lesson…

3) Make sure you forge your own path.

When you travel somewhere, people will most likely give you suggestions about what to go and do and see. That’s good. Listen to them, but don’t just go and try something simply because someone else told you that you should. That was their experience, and this will be your experience. Part of travel is finding your own special experiences and stories, not just regurgitating what every other traveler has experienced and done.

Some of the best travel stories come from missed trains and planes. I traveled to Slovenia and we ended up missing our last train to Bled, which left us stranded for four hours in a little town called Villach in Austria. Surprise, Villach was having an organic farmer’s market/ town party which happens only one weekend out of the year. Like, I’m sorry, what?? Not only did we get four hours of the most relaxing and picturesque town experience, we also got to meet a girl from Australia and share the day with her. All that to say, sometimes the frowning jester takes off his mask to reveal a smile. See picture below.

I was honestly expecting to leave America and to never want to come back. I heard Europe was awesome. Turns out it is. You can get espresso shots in every restaraunt, I swear. Europe does a lot of things better than the USA does. But guess what, America has things figured out that Europe is still working on. All that to say, I realized how much I apprecitated growing up in small town Yukon, Oklahoma, which has a unique culture and way of life to offer to everyone. And I also just really missed my family.

Now for a life update:

I’m going to work for OGE soon, January 8th to be exact! So that’s crazy too. I got my job offer just before Thanksgiving break, which was the perfect end to a perfect semester. That also means I will be around the OKC (Yukon, OK) area for a while, which also means if you’re reading this and you ever want to grab coffee and chat about life, I’m always down to clown.

I’d like to end with one of the bigger theological lessons I learned while abroad. I studied the first five books of the Bible in light of the Shoah (or the Holocaust). One of the themes that continually surfaced in the class is how one ought to treat the stranger and the foreigner who lives among them, a term hereafter designated as “the other.” The Jews during WWII were “the other.” They were people who became highly marginalized and mistreated, so much so that mass genocide became something that many people were able to somehow overlook, even though it sat in the corners of their eyes.

We had the chance to visit Auschwitz, one of the concentration camps where Jews were systematically murdered. It was one of the most chilling experiences I had while abroad. As I walked away from the camp, my mind tossed and turned with how I was going to remember and honor the deaths of so many innocents. How was I going to remember and to bear witness to the Jews and the Shoah?

A memorial to the Jews in Vienna 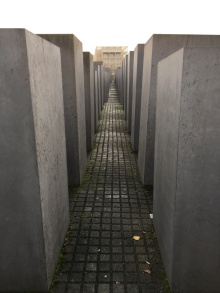 A memorial in Berlin for the murdered Jews

As I considered the practical application of lessons learned at Auschwitz, I also happened to stop by and visit the museum of modern art in Austria. They had a whole exhibition dedicated to the portrayal of nature throughout various historical and societal periods. One of the exhibits was dedicated to telling the story of the systematic disenfranchisement of the Native Americans throughout their history.

After doing some research, I discovered, quite to my own horror, how similar the treatment of the Native Americans was to the Jews during WWII. Lands stolen, reallocated to other living spaces, even massacres… A certain historian named David Stannard actually wrote a book called The American Holocaust, where he talks about the genocide of the Native Americans at the hands of the Europeans. Further, Hitler and his commanders would praise the methods of the US government used to relegate the Native Americans to practical non-existence. I realized how close to home this hit me, being an Oklahoman and, even if just barely, Choctaw (only 1/64th).

That’s when the lesson hit me. The other is much closer than you might realize. Traveling to Europe to honor what happened to the Jews is all well and good, but if I don’t take that same desire to protect the marginalized home with me to America, what good have I done? If I want to truly remember and pay due respects to those who suffered and died, I will return to my own sphere and protect those who are “other” than me, even in Yukon, Oklahoma.

Who might the other be? The other is that person who does not fit into your circle. If they have other circles to fit into that does not exclude them from your responsibility to care for them. They are the person who sits just beyond your field of recognition. They could be the waiter taking your order, the cashier worker, the groundskeeper, the janitor, the freshman. They could be anyone! And often they are the people you least expect, which is precisely what makes them “the other.” The one’s who are easiest to overlook, mistreat, or ignore are the one’s who need the most care.

So in review… Traveling is eye-opening. To travel is to learn and to be challenged by ways of thinking and experiences completely different than anything one has experienced before. Do it. Go travel and be changed. Get outside of yourself and allow  your way of thinking to be challenged, because after all, it’s not really about me or you anyway.

Misc Travel Pics. If you ever want to talk to me about my experience, be sure to ask about Slovenia… 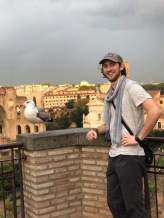 Rome and a seagull 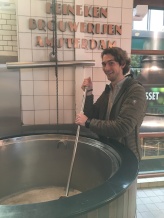 The Heineken factory in Amsterdam

Somewhere in the alps… 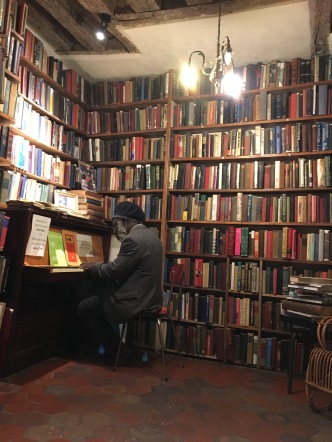 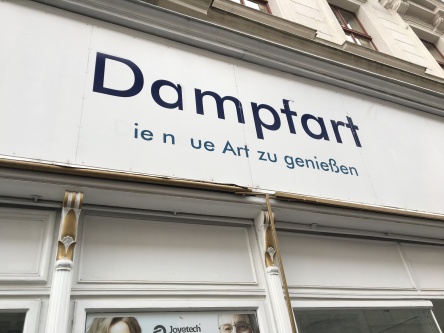 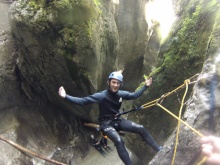 Rapeling down a waterfall in Slovenia

As always, let me know what you thought! For those who have traveled, what are the lessons you have learned from your own experiences? For those who haven’t, what is keeping you from going out and experiencing new cultures and ways of life? Where would you want to go?

"Everything is going to be ok." View all posts by Seth Brown

2 thoughts on “Yukon, Oklahoma (Or Hey, I was in Europe for 3 months)”

This site uses Akismet to reduce spam. Learn how your comment data is processed.